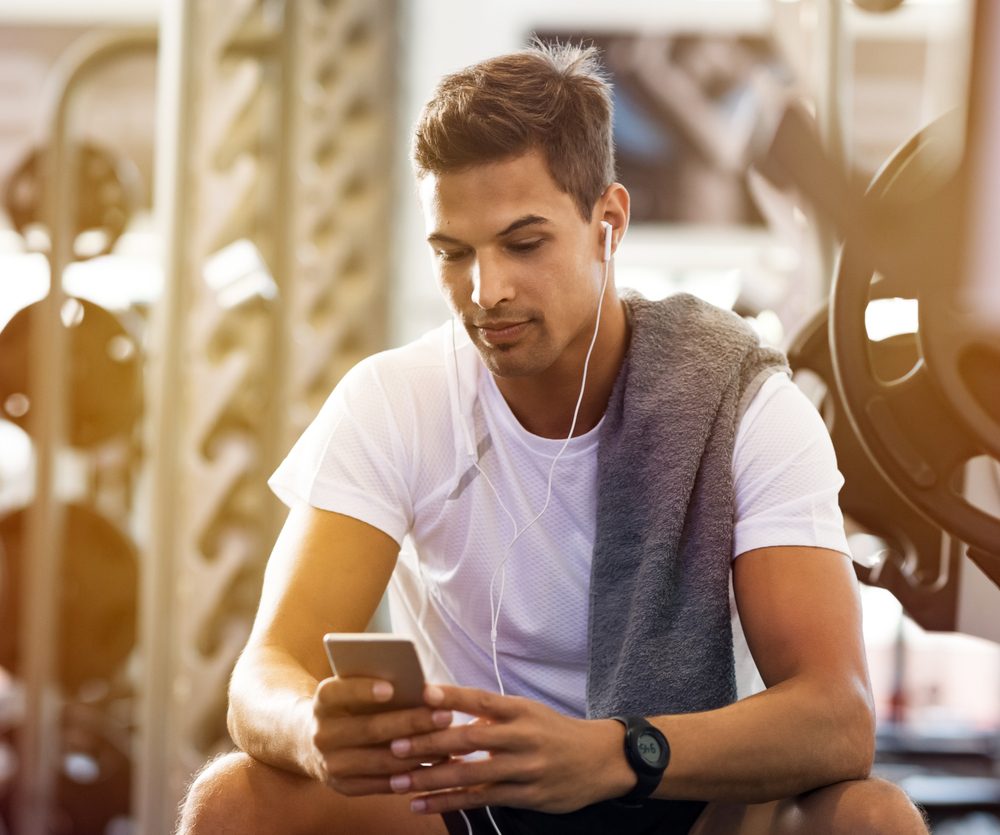 Examples of mobile phones and jackassery teaming up to make magic are legion. They are, indeed,  a match made in heaven. Where there is a cell phone/smartphone, you can be sure that a jackass is nearby.
In fact, we’ve chronicled several beautiful examples of this finely tuned humanity before:

Well, guess what? Since then, we have discovered yet another gem of extreme self-centeredness to toss upon that smoldering bonfire of oblivious rudeness that is the Jackass personality’s staple. In this case, the guy who goes to the gym to play on his phone.

He’s at the gym. Dressed to work out. Best, he is on the equipment. Ready to go. Most annoying, he may be fit and have genetically low body fat.
But wait, he has seemingly mission-critical things to do on his smartphone. This phone activity takes all his concentration between sets.  So, without knowing it, the machine he’s using, that should take five minutes, now requires thirty. This completely inhibits any turn you or anyone else were expecting to get on it.
Best of all, in pure jackass form, you have no recourse but to endure this jackassery and wait. A simple fix like asking to “work in” is beyond question. Not going to happen. Jackass here.
That is because he also has his headphones on and with them, a do-not-disturb cloud of zombie death surrounding him. Everything in this jackass’ persona screams, “Leave me alone, I’m a busy big shot! I have things I need to multitask now.”

For this JA, and many others, I suppose, working out is mostly a nuisance – something you do in between those super important Facebook posts and updates.
And what about conscientiousness and common decency?  Nowhere to be found in the jackass. The lack of either essentially defines them.

So, what to do?
First, be sure you’re not that jackass. May I assure you that you can go without your phone for the time it takes to exercise. Go ahead and make that break from the information highway torrent. You will survive. Plus, it will do you right.
Second, seek out alternate exercises that do not need equipment. Especially those with benches or seats (a.k.a. jackass resting places).
So, dust off the burpees and push-ups. Or, or that matter, any other exercises that are both hard and equipment free.  Those will get in better shape, faster, anyway. Best of all, because of the real work required, you’ll be jackass free!