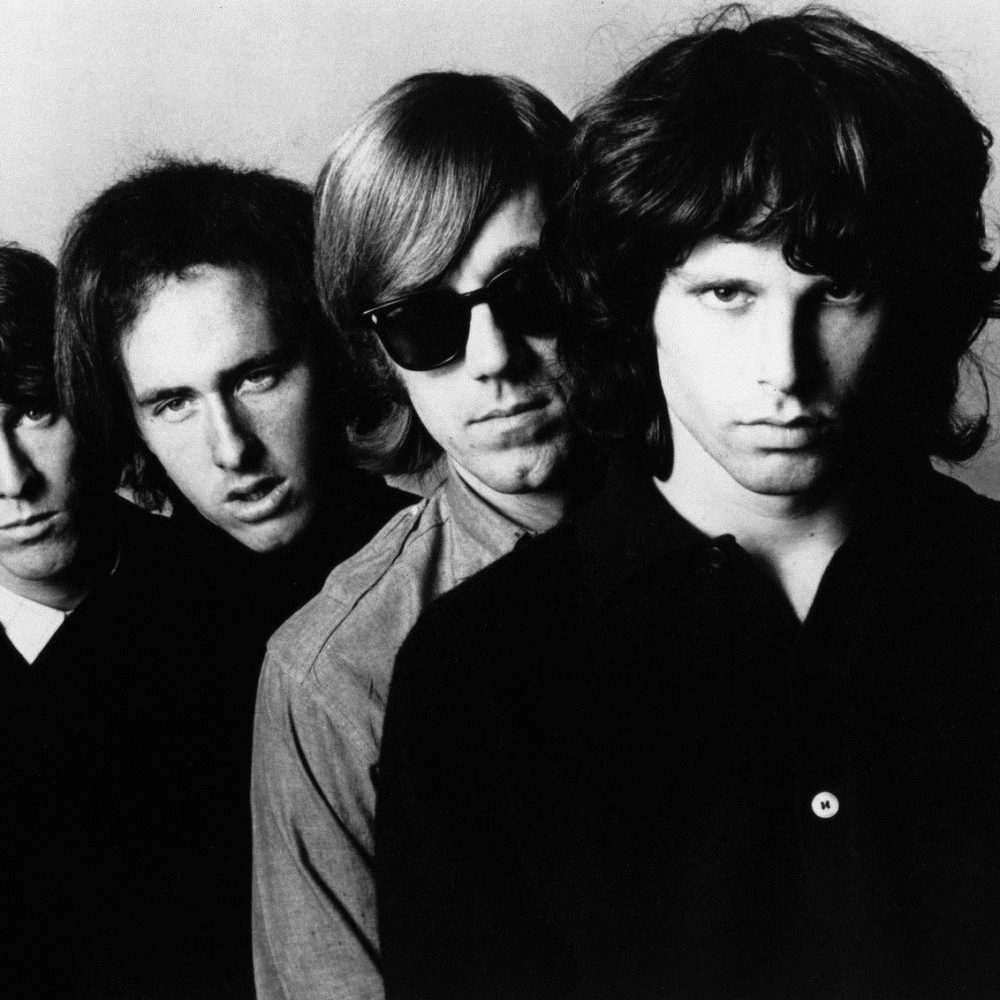 The Doors, Creedence Clearwater Revival, and the Band are equally overrated, in my opinion. I strongly dislike all of these RRHOF inductees.

Robby Krieger’s guitar usually has the wrong tone. His lead lines aren’t ever tremendous or even memorable. Ray Manzarek’s organ is hard to listen to for more than one song in-a-row. Finally, Jim Morrison is more myth than man. He was supposed to be this substantial UCLA poet. I don’t see it. He didn’t even write “Light My Fire!” Their most memorable song.

CCR’s rhythm section is terrible. They can’t keep time, and besides “Suzy Q” they are a singles band. Fogerty isn’t a lead player of any merit (although he thinks he is) in later years. Worst of all, Fogerty’s post-CCR resentment toward his bandmates and record label is exhausting. So are his scarves.

Finally, there is the Band!

I get it. They were influential and backed Bob Dylan when he went electric. “The Weight” and “The NIght the Drove Old Dixie Down” are timeless genre-defying songs. But, listen to Robbie Robertson talk today, and you think he invented rock and roll. He’s annoying. This, despite his melodious baritone, was heard on many documentaries over the years.

And, while it is true that Robertson’s first solo album rocks (thanks to U2 on two tracks and the Daniel Lanois production), what song does the Band do that’s in even the same zip code as rock and roll? I think none. All the Band’s music is all soft-country quirk to me.

Of the three, I’d let the Band in despite these issues. The Dylan/Ronnie Hawkins connection the band had been solid rock and roll. Plus, “The Last Waltz” is arguably one of the best Rock and Roll movies. The Band, as a band, could really play. And when Robbie goes toe-to-toe with Eric Clapton on “Further On Up the Road” (unplanned according to Robbie), he shows what playing live for decades does to a player. 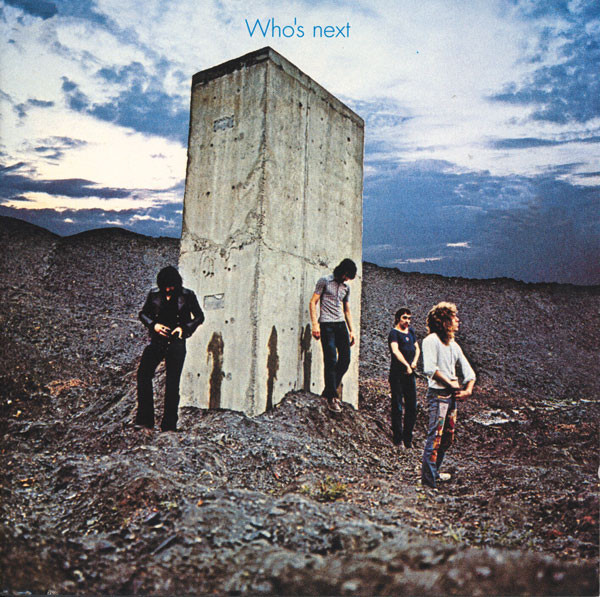 There is some science to suggest that age plays a significant role in what we determine to be our favorite music. This recent NYT piece summarizes it nicely.

For me, the greatest (and my most favorite) rock album is Who’s Next by The Who. This selection more or less jibes with the article’s thesis. It’s one of the first albums I remember vividly as a teen. The first time I heard “Baba O’Riley” was in a mall Sam Goody on a pair of Acoustic Research 3as. This was in a sound room with a sliding door and a couch. I was too young to understand the concept of “teenage wasteland,” but old enough to appreciate the interplay between the band. Hearing this for the first time was amazing.

What Makes It Great

As for the other four greatest “rock” albums, this is a fool’s errand because the most significant rock acts of all time, each have several great records with a gnat’s eyebrow of difference between them. All of them are essential.

Let’s face it, any “greatest rock” list would have to include The Beatles, the Stones, Led Zeppelin, and Bob Dylan.  But, can one choose between “Rubber Soul,” “Revolver,” and “Abbey Road?” How about “Let it Bleed” “Sticky Fingers” and “Exile on Main Street?” Then there is “Led Zeppelin 1 or 2” “Led Zeppelin (the 4th)” and “Physical Graffiti?” All of these are rock and roll at it’s finest. Finally, what about “Blood on the Tracks” “Highway 61 Revisited” or “Blond on Blond?” Do you want to choose just one of those from any of those artists?

So those bands and records are excluded. The other exclusions are those records that simply do not rock. Beach Boys “Pet Sounds,” Van Morrison’s “Astral Weeks” and Carole King’s “Tapestry” are great music, no doubt. But rock? Hardly.

Therefore the only addition I can make to Who’s Next would be The Allman Brothers Live at the Fillmore East.  The most excellent live album ever!  The closest second, ironically, is The Who – Live at Leeds. Both are great, but Fillmore East has stood the test of time in several ways that make it unique.

The answers thus far, rightfully, land on a discussion of the word “best.”

“Best” is highly subjective, so any list could be both right and highly dubious.

For me, I really like what Jeff “Skunk” Baxter articulated on about all guitarists on the History or Rock and Roll documentary. He said all guitarists today need to go through three “portals” to be a modern player.

I think this is because all three were innovators, highly influential and of course, always Rock and Roll. No jazzers here.

Berry brought bends, double stops, and most importantly the pinky alternating the 5th and 6hts on a barre chord that is nearly indispensable to rock and blues. Nearly anyone who came around in the 60s cites him as a major influence.

Van Halen might not have been the first to use harmonics, fingertaps, and super fast lyrical legato runs, but he more than any before or since put it all together in a way that influenced everyone else. And yet no matter how much of a shredder he was, Van Halen was always rock and roll. “Panama” makes my case.

I think there are amazing players out there. 100’s. I always liked Allan Holdsworth, Robben Ford, and Larry Carlton (to name three virtuosos). But are they Rock and Roll? I don’t think so.

This is for me the best Dan lyric. Why?

On its face, it’s stupid, almost nonsensical. But once you know the context, it turns out to be brilliant.

If you have read interviews with Donald and Walter they’ve said their goal when writing songs was to “crack each other up.” So, for many of these lyrics, they are often obtuse to even a regular listener. This is because the joke was between them.

In the case of “Kid Charlemagne” they have indicated that the song might resemble the person of Owsley Stanley III, aka “The Bear,” and arguably the greatest LSD chemist ever. For several years he was a fugitive, and the way he was caught was that he ran out of gas in the chase. Hence the ironic lyric, “Is there gas in the car, yes, there’s gas in the car.” 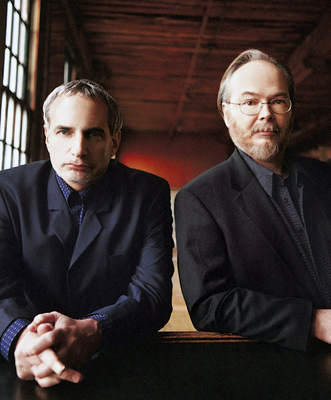 Donald and Walter looked like a pair of high school algebra teachers who started a band. That much charisma. They were music dorks. In interviews, they came across as if being successful was some hassle for them to endure. Plus, they were super smug know-it-alls. The tone they communicated was everyone else’s music sucked. This superiority even came across in their lyrics (turn up the Eagles the neighbors are listening).

Despite all this, they made undeniably great music that endures through to today. Steely Dan, with some controversy, is in the Rock and Roll Hall of Fame.

In the end, I think you dislike them because you want to be them. 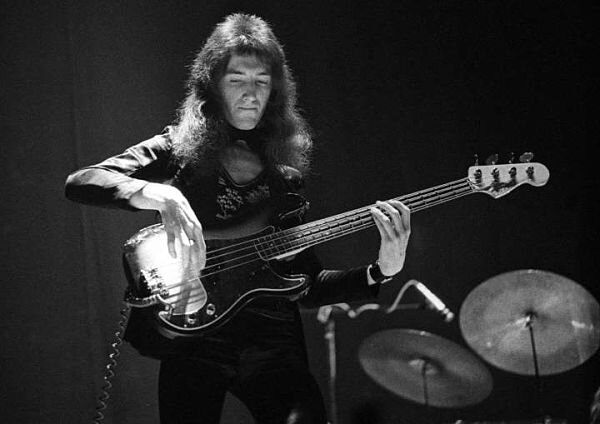 The “greatest bassline” to me would need to have the following characteristics:

While basslines by Geddy Lee, Chris Squire, and Jaco Pastorius are amazing, fat chance an average bass player will bust out, “Portrait of Tracy” “Freewill” or “Yours is No Disgrace” any time soon.

Similarly, while “Moondance” is excellent, almost any walking bass pattern will be adequate for that song. It doesn’t need to be exact; someone can be sloppy.

You best get these note for note:

Of course, there are hundreds more – but I think these are undeniably great and original and familiar to most everyone who cares about music.