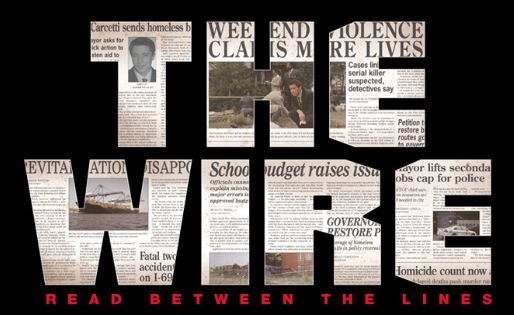 IMDB, which I have found to be the most reliable source of movie and TV ratings, gives HB0’s The Wire an unprecedented 9.7 out of 10 ratings based on over 20,000 votes. This score makes The Wire the highest-rated show on IMDB. For comparison purposes, Shawshank Redemption, the highest-rated movie, gets a 9.1. The point is, I am not blowing smoke when I say this may be the single most excellent serialized television show ever.

The bad news, few have seen the show. The good news, everyone can now enjoy it anytime, thanks to streaming services like HBO Go.

The Wire was the creation of ex-Baltimore detective Ed Burns and former Baltimore Sun journalist David Simon. Throughout five seasons, with the help of a genuinely extraordinary ensemble of actors and over 200 speaking roles, Burns and Simon and a stellar group of writers (some famous) – use the series to explore some of the most vexing problems in America today. Inner city crime, class warfare, drugs in the inner city, education, politics, and in the final season, the decline of journalism.

What you must understand about this show is that it is a show made by writers who explore issues in a journalistic fashion. Well-researched presentations of facts, without much overt advocacy toward any conclusion. The viewer, in the end, must decide what to think of all that is presented. This contrasts with most network offerings that telegraph and spoon-feed perspective to the viewer. This may explain why it never really gained a broad audience. It requires the audience to think, and it’s hard to watch. This lack of spoon-feeding perspective may also explain why the series won the Peabody Award for journalistic excellence.

One story per season with a clear journalistic focus told across 10-13 episodes (depending on the year). This depth of account and over a hundred speaking roles each season make this the ideal series to binge-watch over successive nights. Viewing this way ensures you’ll never be lost entirely while growing to appreciate the issues explored; you will also get emotionally involved with some of the great characters on the show. Omar, Bunk, Bubbles, Stringer, Barksdale, Carchetti, Daniels, Lester, and of course, McNulty. Each is worth an overlooked Emmy – but there are many others.

Is nothing on tonight? Do yourself a favor and go out and stream The Wire Season One. Chances are you will be hooked and see the Greatest Show Ever!